Where The Project Is At

I’ve been focusing a lot on this game project over the past few months. It’s morphed along the way – starting out as one thing and becoming something so much bigger, and something slightly different than was originally planned. I’ve tried a few ways of structuring the game. At the moment it is chapter based, with a narrative introduction followed by a playable scene that when finished successfully gives clues to solving the mystery behind the game. Each playable scene is intended to be different. At the moment they include card battles; arcade shoot-em up; a point n click explorer; and a dress-up game – but there will be more. I feel it’s now coming together as the 1980s surreal teen detective gang supernatural mystery with an LGBTQ++ slant that I wanted it to be. One of the new experiences for me when creating this game has been working with freelancers. I recognise that I don’t have all the skills to turn this into the game that I want it to be. I commissioned a concept artist in the hope that it would give me a kick start for a visual style. That was helpful in a couple of ways – I settled on a visual palette for the game, and it gave me ideas about why those colours and visuals were important in the game narrative. I also (for the first time ever) hired a session singer to add vocals to some of my songs. I am so happy with them, and will be releasing demo versions of two of the songs on music streaming services over the next week, under the name of The Midnight Detective Club. After having worked with the singer, I’m kicking myself for not working with a decent singer before. I am also now starting to divide the game up into other parts I can complete myself, and those I need help with. It still needs a lot of work, but I’m happy with where it’s going. 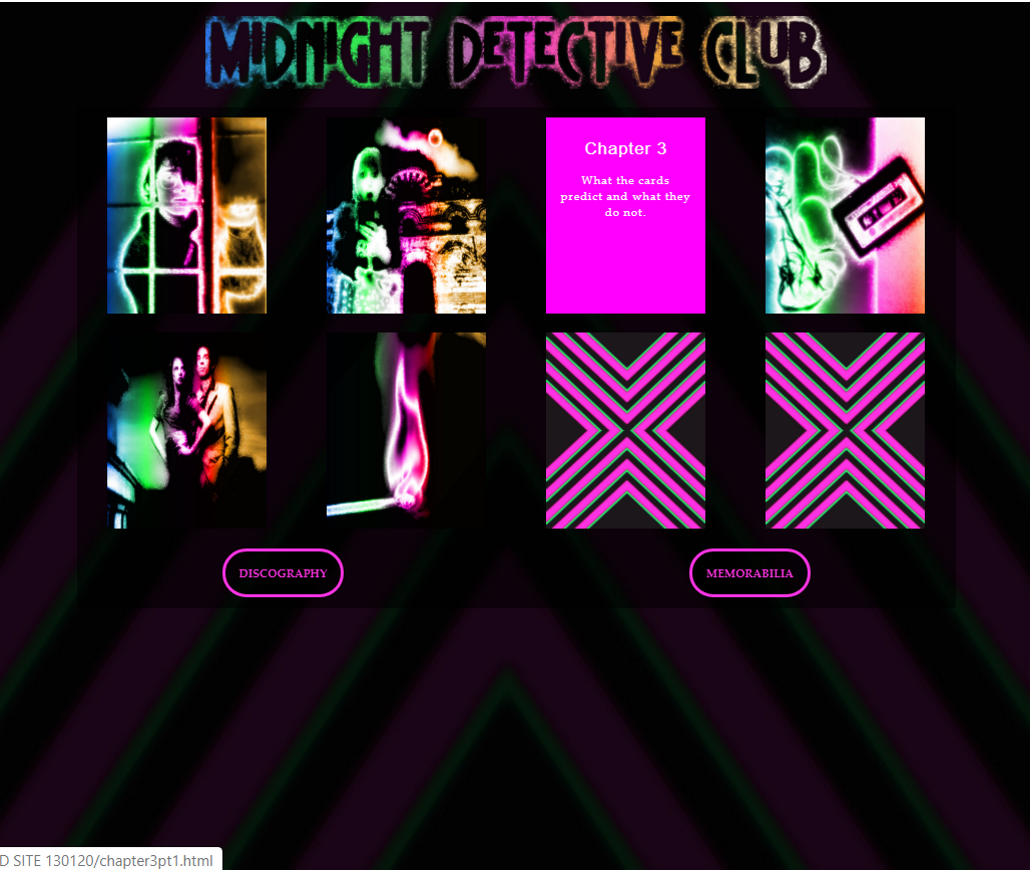