The Virtual Exhibition Is Open 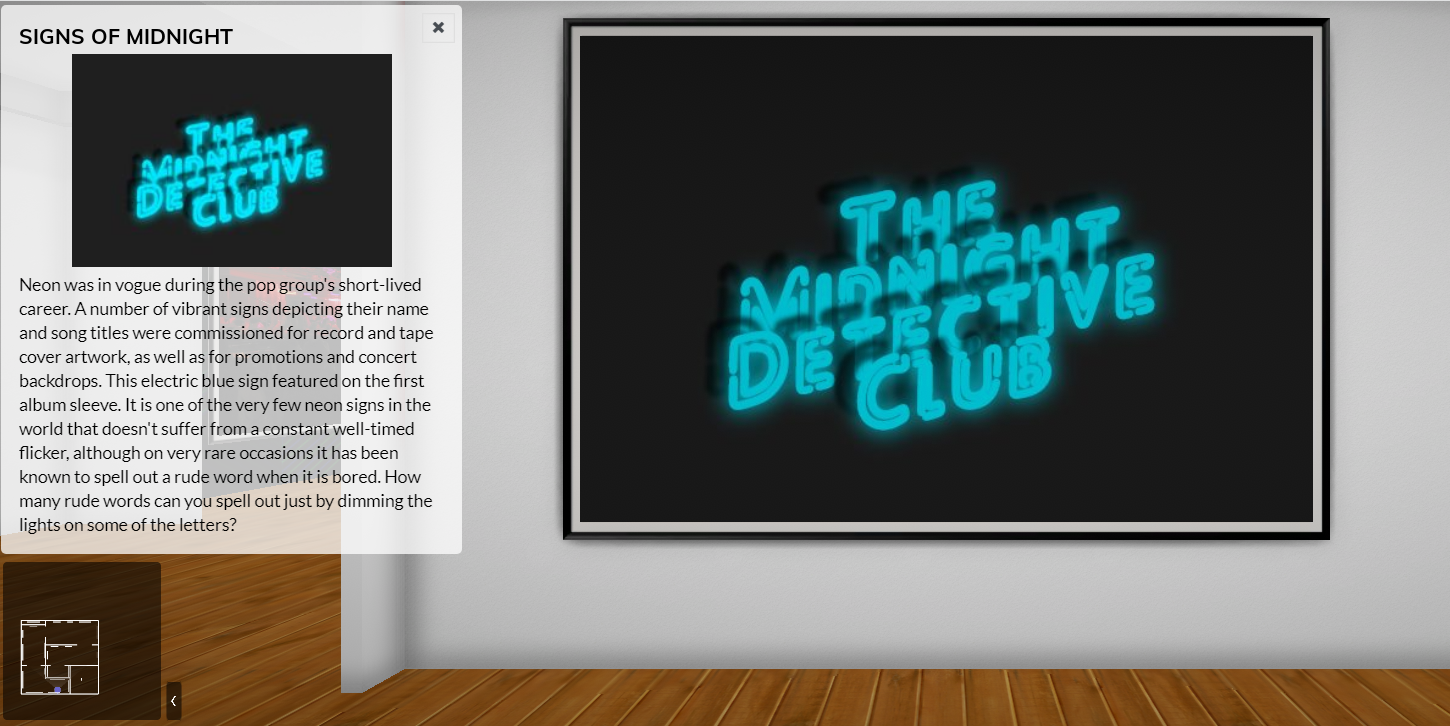 When I first started this project last summer, I was thinking about what it would look like as a physical game, and one of the ideas I had was to base it around an exhibition of the band. In fact, the exhibition idea was something I'd had even before it became a game project. I wanted to pay homage to a local forgotten synthpop band by creating a celebration of them in exhibition form, with a history of their creation, rise to fame and demise. I intended to create a 3D exploration game originally in Game Guru, which I only got so far with, before I shifted over to a dedicated virtual exhibition tool, Artsteps. The good thing about this tool was that I didn't have to spend ages setting up a virtual exhibition space myself, or set up the mechanics to interact with objects in it. I could just focus on getting the exhibition assets together, creating the narrative to go along with those assets, and putting them in place. Originally some of the assets were 3D objects, but it was clear that if I used too many of them it took forever to load up the exhibition. Then in the autumn last year, I realised that even though I liked the idea of the exhibition, it wouldn't work within the context of the overall game, so I sidelined it - it was too slow to load as an embedded web page, and it was difficult to get it to talk to any other part of the game. But recently I realised that I still wanted to finish it and that it could still be part of the game as a side-story, or associated piece of media that was relevant to the world I am building for the project. So, I've finished it and populated it with digital art, photographs, videos and audio. And I've published it so you can wander around, discover The Midnight Detective Club's pop back story and use it as an intro to the main game. It includes music, anecdotes (some ridiculous ones), vibrant art, and hopefully my love of this particular pop era comes through. 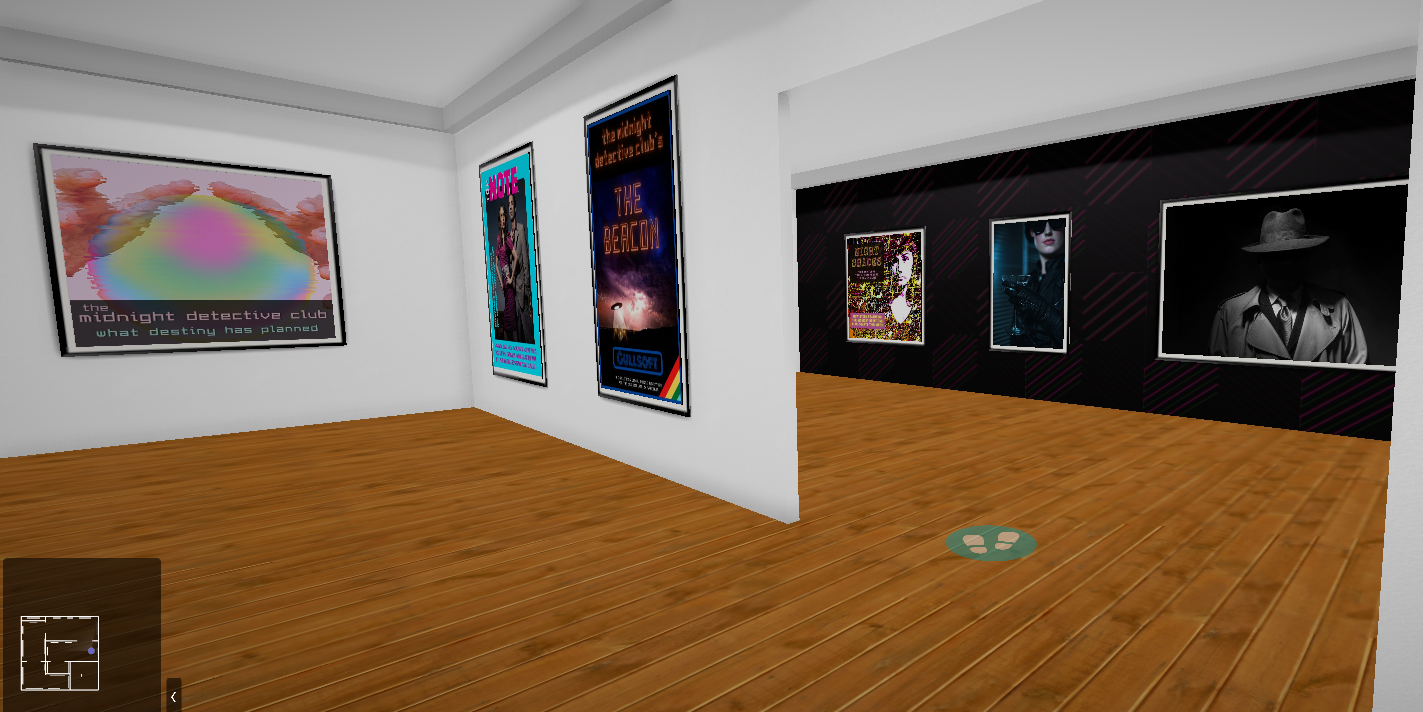