Lots of Stuff has Happened

Looking at the devlog, I realised I haven't posted any progress since last year, despite the fact that I've done quite a lot. I've been tinkering on different parts of the game and music. There are a few new songs in the pipeline, and I've already redone one music track (I Always Wanted Xanadu) . It will also be on most music streaming services in the next week. And I put together a video for it. I wanted to give it a feel similar to how I want the game to appear - pixelated, a bit grungy, a bit of a fantasy, and lots of neon. Most of the footage comes from Pexels  (created by Cottonbro, Charlie Mounsey , Matthew Lee Moore, Welton Souza) and videvo.net. I was responsible for the video manipulation and editing.

I've also been working on different parts of the game.

The card mini-game has been updated.

It's not 100% finished. I am always tweaking.... but it's getting closer to the look and feel I can see in my head.

I've also got the basics of a grid based puzzle idea using the cute characters I commissioned Jupiter Doomsday to draw for the game. 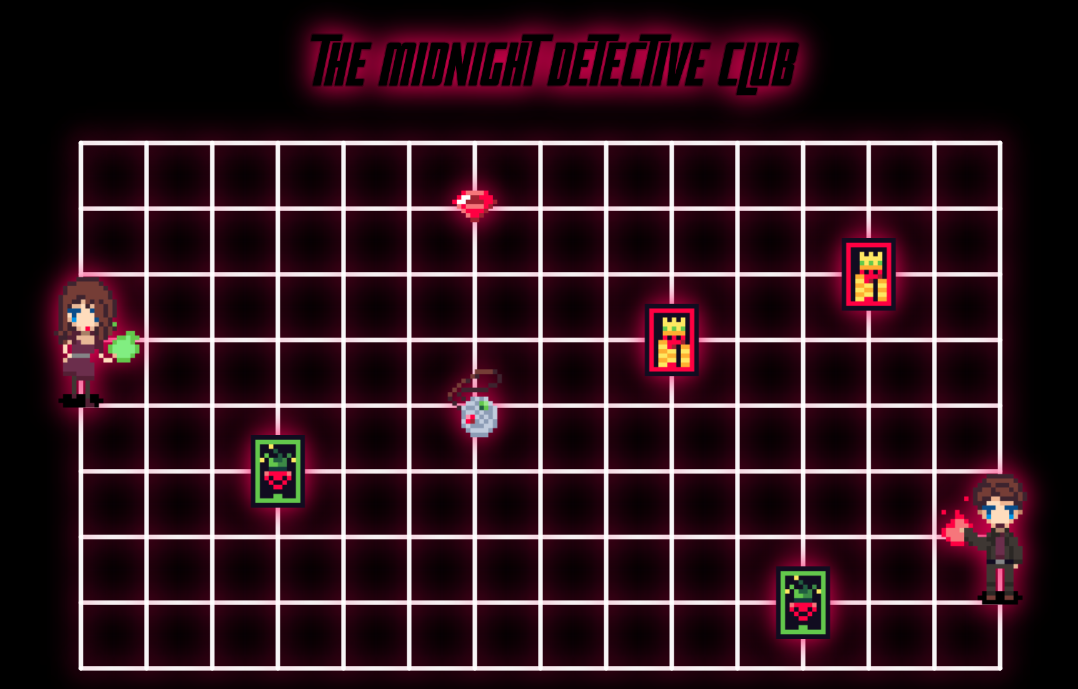 As well as these 2 mini game styles, I'm also working on a few others.

My current thinking about the game as a whole is, there will be short written narrative sections, which are then developed in the mini games and themed interactive collages and comics throughout. Lots of clues scattered around that build up the supernatural mystery narrative and lead to solving it.

My plans next are to work on the grid puzzle game template and also adapt a couple of my older retro games, which I've realised could work well as part of this project.