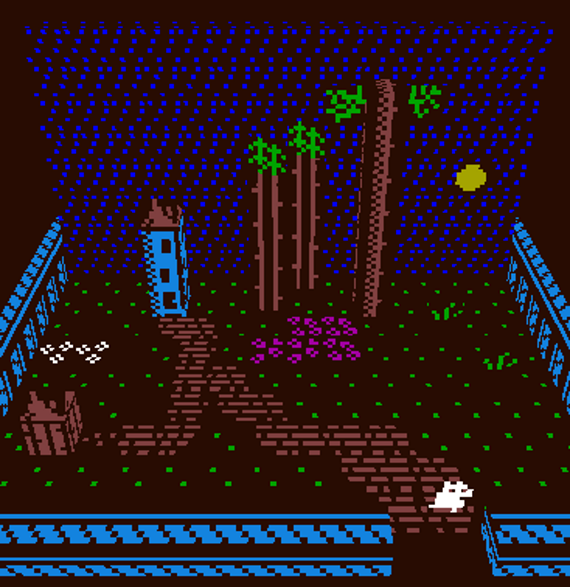 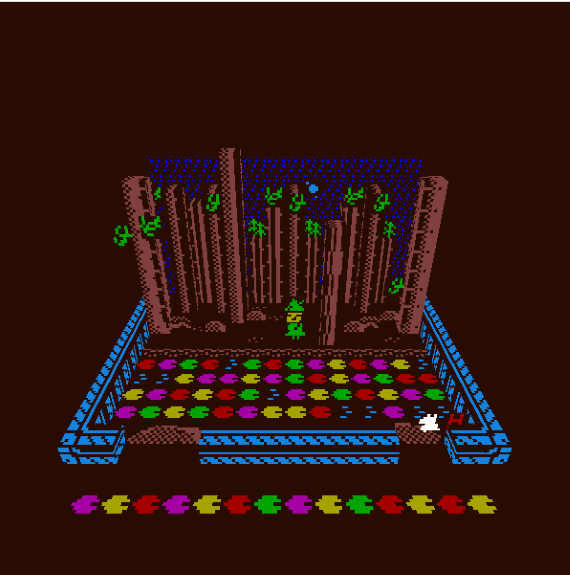 This game first started out as a 2D Bitsy, but then I discovered Aloelazoe's 3D Bitsy, and I just loved it straight away. I thought it was so easy to use and had so much potential that I reworked the game in 3D. I built it around a 3D isometric diorama  style. I wanted Moomin to be visible in the landscape and I also wanted to make many of the rooms like little complete scenes that were always visible. If you've played any of my games before, you'll know that I like vibrant colours, so even though the game starts out grey (in tune with Moomin's sad mood), it soon becomes very colourful. The game itself is divided into rooms that either tell the story, or involve an element of puzzle solving. I wanted to try to combine the two ideas in Bitsy - I wanted to give the player a bit of a challenge wrapped up in a narrative. Most of the puzzles are based around patterns/sequences which either must be followed or solved. The exception is Hattifatteners island, which focuses on avoiding the other characters. The story itself, deals with Moomin feeling "not quite himself" and wishing himself away from all his friends. Unfortunately, he gets his wish. But as the game goes on, and as he makes his way back home, his mood changes. I'm not saying it's all happy ever after - more of a "The problems are still there, but you don't have to deal with them on your own." 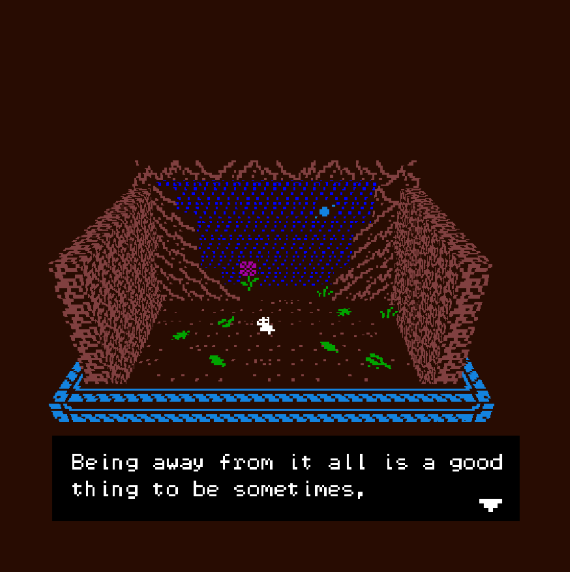 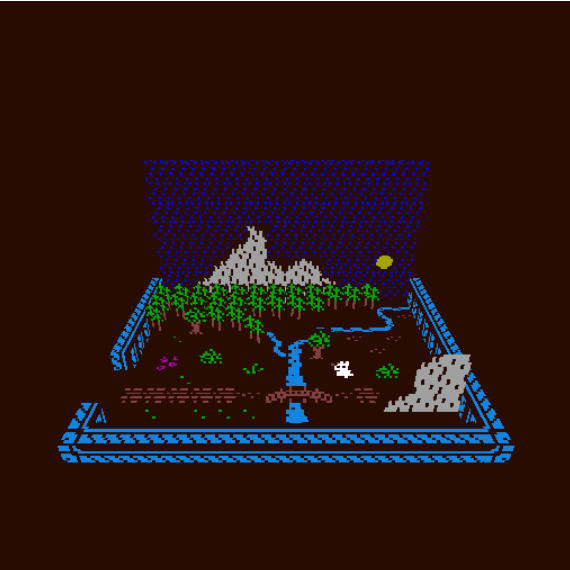 A short 3D Bitsy puzzler with the Moomins