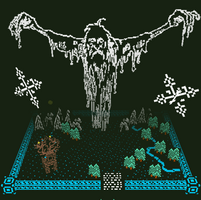 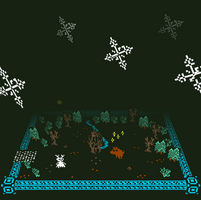 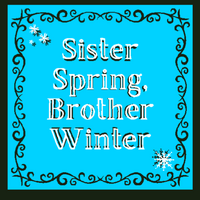 It's taken me so long to finish putting this 3D interactive narrative game together. I'd got the basic idea of it last year, along with the opening text and screen. But I was hit with a lack of motivation for lots of things last year - and this is only one of 2 games I've finished in 2021. I'm glad I picked it up again and am very happy with how it turned out. As you'll have seen from my previous games (if you've played them), I'm a fan of early 1980s aesthetic, especially ZX-Spectrum, and once again, I wanted to give a big nod to that style. I also wanted to add a gameplay element to this 3D Bitsy. My previous 3D Bitsy's tried that as well, but looking back at them, the visual puzzles were a bit tricky - mainly down to the perspective I'd used. I tried those sort of puzzles again when I was working on this game, but I decided to bin them. I feel they'd work better in a 2D Bitsy. Instead, I went for a couple of locked door puzzles and the rest of the game is based on collecting, framed around the narrative.

When I was writing the narrative I wanted to create a piece of winter folk myth that was partly based on existing folklore, and add in my own touches as well.

If you enjoyed this, you might want to "play" my previous Bitsy winter folk tales - Midwinter Spirits and The Fox's Coat (there's a content warning for that one). They focus solely on exploring and story, and don't have a traditional gameplay element.